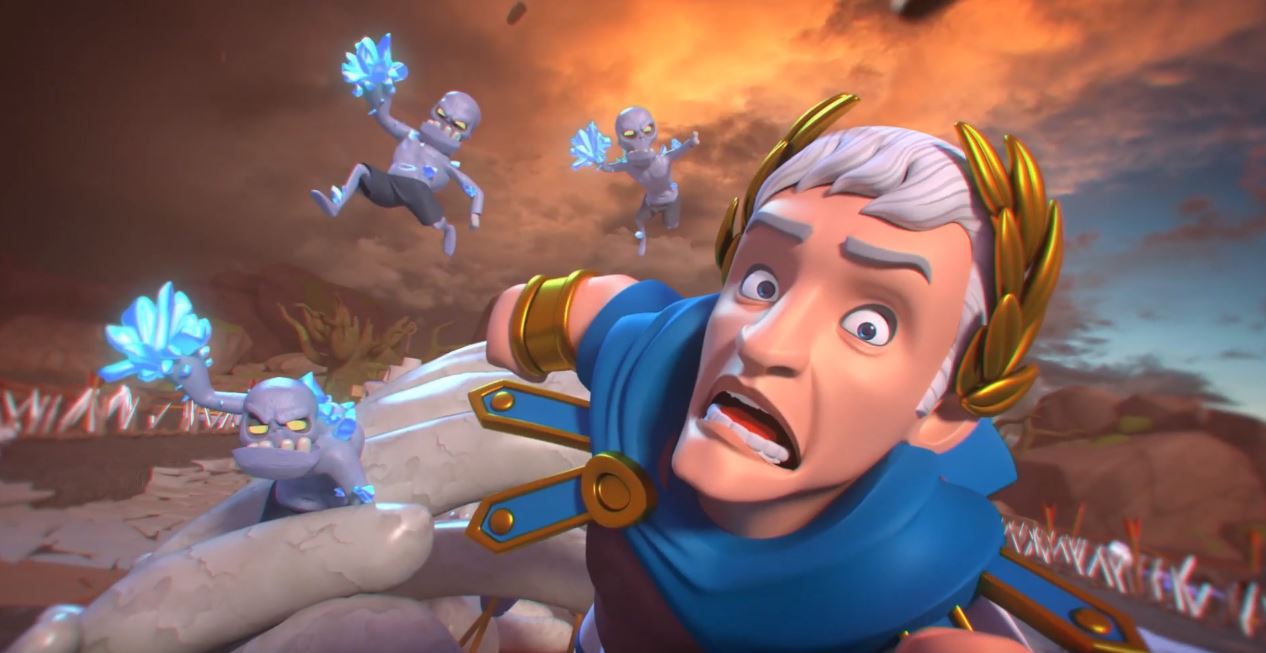 Some time ago Tilting Point and Nukebox Studios reunited to create a food-related mobile game similar to Food Truck Chef using characters and scenes from SpongeBob SquarePants. They named this game “SpongeBob: Krusty Cook-Off” and it is launching in February, 2020. This game will bring you closer to your favourite cartoon character and you will dive in the sea world. You can pre-order this game in early February and get bonuses by pre-registering on your mobile platform.

Austrian developer Tobias Sturn gained my attention. They created “Machinaero”. The idea is to build your own vehicles by using 50+ types of objects and blocks, try to explore new places and overcome a wide range of obstacles on player’s way. The ultimate idea is to build a rocket to get the outer space. Bring your ideas, creation and imagination into life. This game is to be available for iOS only since December 10th.

The world of time travel, mythology and historical features is bringing to players by Goober Games in collaboration with Stepico Games. “Century Siege” is a PvP card collecting game. You can turn into a historical character and win the tower of your enemy. It also has many tricks up its sleeve and has a deep level of the strategy. Century Siege is available for both iOS and Android platforms since November 20th.

There is one more magic-related game developed in collaboration of two game companies Netmarble and Wizards of the Coast. This is “Magic: ManaStrike”, mobile PvP battler. Similarly to Century Siege, this game originates from the idea of Clash Royale. You can collect common and rare cards, improve your arsenal and win your enemy. It feels like magic aspects are becoming more popular in creating RPG battlers. More details about this game will be revealed on the conference in South Korea on November 14th-17th.

And something simple for the End

The beauty of nature can be touched in hexagonal puzzler “Spring Falls” created by Sparse, a one-human game studio, focusing on atmospheric games with simple mechanics, but deep and interesting interactions. This game is about water, erosion and watching things grow. The game will contain 60 levels, where you will be able to manipulate the landscape and bring wildflowers to life. “Spring Falls” brings very relaxing experience. It’ll be available on the App Store on November 17th. The price of this sublite game is $3.99, no adds or in-app-purchases.