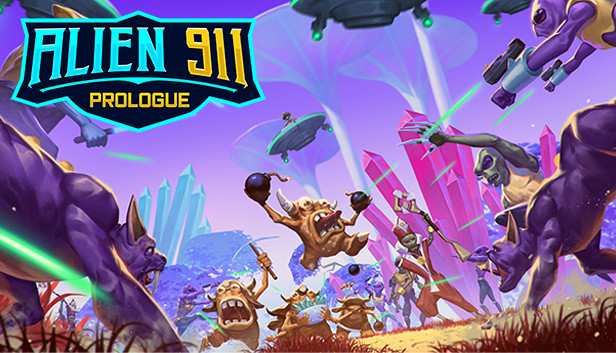 Let’s continue to talk about games. We like so much to share with you the last updates in the game world. So today we’ll prepare cosmic topic. KicksomeEntertainment and Stepico Games have presented a Prologue Alien 911, a hybrid 3rd person shooter and tower defense game,on Steam.

Who, if not a super team, will save the peace-loving tribe from the belligerent invaders? The main heroes are Marine, Shocktrooper, Xenologist, and Gadgeteer. The tribe of little aliens was suddenly attacked. The defenders must protect friendly creatures’ planets from the onslaught of hostile alien bullies that roam the universe.

The heroes don’t allow enemies to destroy the territory and inhabitants in numerous missions. Each of the heroes fights in his own way, not at all like the others.

The graphics is in a funny cartoon style. Everything is very colorful and bright, which always creates a special atmosphere in such games. Defenders-heroes have original cosmic costumes. Multicolor and brightness inspire a lot of positives during the game and the whole passage doesn’t seem monotonous to you.

The genre is action-tower-defense-RPG. You can play solo or with up to 4 players inco-op mode. What sets AD apart from other games in the genre is the unique alien environments and species. Also a unique blueprint-based crafting system that allows each player to truly customize their gameplay, and a variety of playerroles, traps, robots, weapons that offer distinctive tactics.